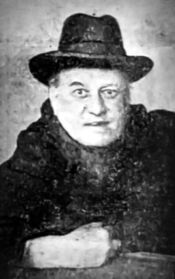 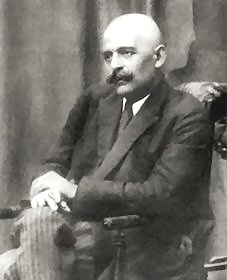 I find it disheartening that, in certain circles, Aleister Crowley is considered a “man of the Right.” While he is undoubtedly an interesting character, and was not without some intelligence, he strikes me as an immoral degenerate who was committed to the total destruction of the Western tradition. The most generous interpretation would be a Nietzschean one, in which he was perhaps attempting to push what was already falling. But the fact is, his influence has been almost wholly negative. “By their fruits ye shall know them” is still the best way to judge a spiritual teacher, and one needn’t be a Christian to recognize the utility and practicality of that formula. The fruits of a spiritual teacher are, among other things, his disciples, and I am not aware of any “Crowleyites” that give their master a good name.

The best story about Aleister Crowley, in my opinion, comes to us from the disciples of G.I. Gurdjieff. No stranger to controversy himself (see Whitall Perry’s Gurdjieff in the Light of Tradition for a critical appraisal) Gurdjieff nonetheless seems to have fared better than Crowley in terms of the legacy he has left behind.

The story of when Crowley met Gurdjieff can be found in James Webb’s comprehensive book, The Harmonious Circle:

Crowley knew the town of Fontainebleau well – in 1924 he had spent a tormented period there in an attempt to cure himself of heroin addiction. The Great Beast was a familiar figure in Paris expatriate circles, and [C.S.] Nott met him in the capital while himself staying at the Prieure. Crowley’s interest was aroused either by a general occult curiosity or by Gurdjieff’s reputation as a specialist in curing drug addiction; and he soon afterward turned up at Fontainebleau, where was the object of some amazement. To one of the inmates, the Wickedest Man in the World seemed overfed and inoffensive – with the exception of his almost colorless eyes, the antipodes to Gurdjieff’s heavy gaze. The published accounts of Crowley at the Prieure speak only of a brief visit and a vaguely sinister impression. Nott records that Crowley spoke to one of the children present about his son whom he was teaching to be a devil. “Gurdjieff got and spoke to the boy, who thereupon took no further notice of Crowley.” But the magician’s visit was extensive, and his confrontation with Gurdjieff of a more epic nature.

Crowley arrived for a whole weekend and spent the time like any other visitor to the Prieure; being shown the grounds and the activities in progress, listening to Gurdjieff’s music and his oracular conversation. Apart from some circumspection, Gurdjieff treated him like any other guest until the evening of his departure. After dinner on Sunday night, Gurdjieff led the way out of the dining room with Crowley, followed by the body of pupils who had also been at the meal. Crowley made his way toward the door and turned to take his leave of Gurdjieff, who by this time was some way up the stairs to the second floor. “Mister, you go?” Gurdjieff inquired. Crowley assented. “You have been guest?” – a fact which the visitor could hardly deny. “Now you go, you are no longer guest?” Crowley – no doubt wondering whether his host had lost his grip on reality and was wandering in a semantic wilderness – humored his mood by indicating that he was on his way back to Paris. But Gurdjieff, having made the point that he was not violating the canons of hospitality, changed on the instant into the embodiment of righteous anger. “You filthy,” he stormed, “you dirty inside! Never again you set foot in my house!” From his vantage point on the stairs, he worked himself up into a rage which quite transfixed his watching pupils. Crowley was stigmatized as the sewer of creation was taken apart and trodden into the mire. Finally, he was banished in the style of East Lynne by a Gurdjieff in fine histrionic form. Whitefaced and shaking, the Great Beast crept back to Paris with his tail between his legs.